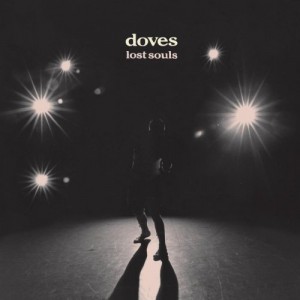 Initially I struggled to see how some reviewers were writing this up as an indie-club dance floor filler; there’s too much a foggy screen of melancholy which prevents it from becoming that for me. Instead it isolates itself as more of a mood album. Criticism came from suggesting that the album lacked any discernible attempt to deviate from a particularly hammered-out blueprint. I don’t get that either; I always thought that a pre-requisite for mood albums. And in any case, despite it being a very long album, I thought it was engaging enough that such a criticism never became an issue. On the contrary, I found the more likely indie dance tracks such as “Catch The Sun” a bit of a disappointing diversion from the tone of the album – mellow, atmospheric swells of emotional alternative-rock/pop.

Lost Souls also manages to create a kind of blissful vibe – like waking up on a carefree sunny morning – contradicting the lyrical tone of the album which is pretty much exclusively about break-ups, loneliness and other shit things. This keeps it from feeling excessively morose and makes it an album to happily wallow in when you’re feeling sorry for yourself. Not that I have time to wallow any more, as much as I’d like to (I try to limit it to weekends). It might not be for everyone but I think these kind of albums are a necessity, and this is as good as any, so I know where I’ll be going when the time comes.