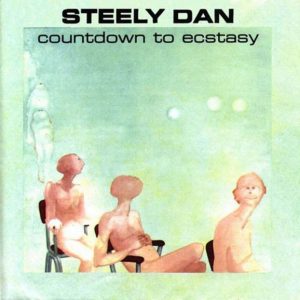 It sounds like what I’d imagine a mid-morning BBC Radio 2 presenter would play if they were being daring. For example, Donald Fagen finally exclaims “look out!” before the breakdown/solo/outro of “Bodhisattva” begins – a blues guitar solo over a swing rhythm section complete with an organ! To be fair there was hardly any time to react to New York Dolls in 1973. Cautionary lyrical warnings preceding innocuous 70s guitar solos only seem naive now because we know about the invention of punk.

“The shine of your Japan/The sparkle of your china/Can you show me Bodhisattva… I’m gonna sell my house in town” and just like that I now love this album. The funk, jazz, rock, easiness is so adept I first mistook it for being a bit tedious, but then I realised we were doing it whilst taking the piss out of Westerners who try to buy Asian culture, qualming over class differences, and other topics I get to feel smug about having self-righteous grievances with.

Actually the whole album is laced with nuances I initially overlooked. I’ve listened to it about 10 times now (it’s been a while since my last entry) and I get something new out of it every time. The album format seems silly and frustrating for what are obviously a bunch of expert jam session musicians who seem like they could probably eternally produce material of equal quality. As a snapshot though this seems pretty good.