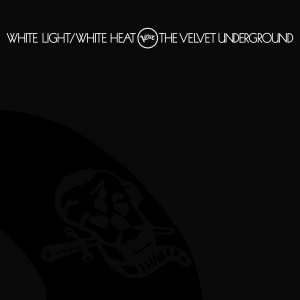 A piece of trivia I found quite funny; apparently Tom Wilson (producer/engineer) couldn’t stand the noise over the couple of days they spent recording this album such that he started the tapes, walked out, and said “call me when you’re done”. It goes that The Velvet Underground had just sacked Andy Warhol as manager and were fed up with being over-produced and didn’t care whether they sounded good. The result is an aptly-named, wilfully under-produced cacophony.

An honest appraisal is that this isn’t an easy album to listen to. If not for the fact that I had listened to other, more accessible Velvet Underground albums previously, and learned of how important their music would become – considering nearly 50 years of retrospect – I’d probably have reflected on this in a post-traumatic state, struggling to justify its place on this list.

At its core this is 60s rock’n’roll with an avant-garde twist. “The Gift” is an 8 minute dark-humour story about a boy in a long-distance relationship who can only afford to mail himself to his girlfriend – who then ends up accidentally stabbing the protagonist in the head while opening a package which, unbeknownst to her, contains her boyfriend – all narrated while in the background plays an instrumental which contains screeching, heavily distorted guitar work. “I Hear Her Call My Name” is another rock’n’roll track heavily polluted with feedback, white noise, and shrieking lead guitar – loosely resembling a solo – which made me feel like I needed a tetanus shot after listening to. The rest of the album is equally uncompromising in its style and production.

White Light was the second Velvet album and was as much a flop as the first. Listeners at the time just weren’t buying it (figuratively and literally) and its influential effect would only be felt and recognised years later. That’s the point though isn’t it? They knew they were producing something unconventional and unappealing; it was a necessity to challenge what was appropriate and acceptable for an artist to produce at the time, and in the interest of being critically honest I don’t think it’s anything more than that (Velvet purists may disagree, albeit disingenuously). Sterling Morrison said it himself, “We were the original alternative band, not because we wanted to be, but because we were shunned into it. For us there was no alternative.” I think this album is them sacrificing their own credibility and deferring their obvious talent for later albums in an attempt to bring about an end to the shit-show that was 60s pop.

One thought on “Delayed gratification”