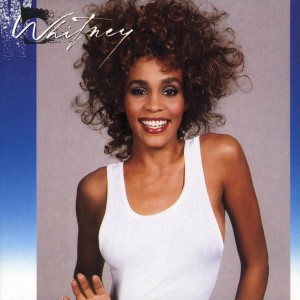 There’s no getting away from the fact this album was huge, it sold ten million copies. Whitney was Huge. The team of professionals who wrote and produced the album were geniuses themselves. One name pops out more than others; Narada Michael Walden. He has worked in collaboration with some of the biggest artists ever, produced loads of number ones, drummed for Robert Fripp, made movie soundtracks, and had a string of solo releases himself. This album must have been one of his biggest triumphs though.

It’s not my cup of tea but let’s be honest, Whitney can belt it. And this is an album full of perfectly crafted, polished-up love ballads and 80s dance tracks showing how she can do just that. Her sheer talent isn’t enough to overshadow the utterly soulless professionalism of its production though.

I listened to this album twice, which means I had almost 2 hours of Whitney today. I’m going to bed now with “You’re Still My Man” ringing in my head. It’s quite catchy. One album a day.