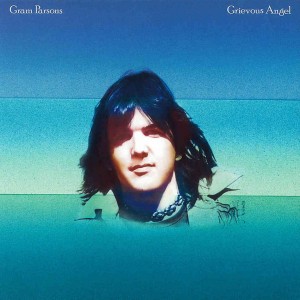 Gram Parson as a person is apparently way cooler than this insipid, honkey-tonk, country rock record suggests. A troubled musician born to rich, alcoholic parents, who found country music after a stint at Harvard. Word is: Rolling Stones kicked him out of their house for doing too many drugs, let that one sink in. Not that I’m one for glorifying drug abuse, but if there’s a chance Gram produced this shit to fund his high life – which unfortunately concluded at the age of 26 after an overdose at Joshua Tree – then I can just about accept it.

I don’t understand the time or place where this sort of music comes from and frankly I don’t care enough to find out. It’s sweet but not beautiful; sentimental but not affecting. If I wasn’t interested in Gram Parsons’ intriguing back story then this would be another banal country-rock – sorry, “Cosmic American Music” – album to entirely forget about. As it is though I can still hear the dreary slides of pedal steel and melancholic vocal harmonies echoing around long after the album finishes, forcing me to contemplate his life in some sort of awake Gram Parsons themed nightmare.