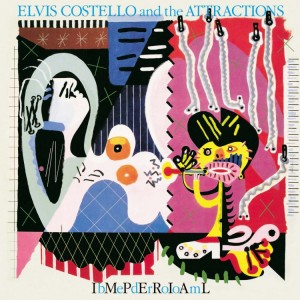 This was one of the most difficult albums for me to sit through. It’s such boring, predictable tripe. The meandering vocal melodies – seemingly deliberate to show sophistication or something – along with gratuitous vocal vibrato and sounding like he’s got a cold all culminate into the most aggravating vocal style I’ve heard on this list so far. I can’t bare to listen to him, it’s torturous.

The music itself is some sort of post-jazz, laid-back pop. There’s no doubt that these songs were deliberated over and extensively crafted into what they are. But what are they? What’s the end product but a dull arrangement of lyrically obtuse – what the fuck is he even singing about? – characterless songs with entirely forgettable melodies? The fact this is so critically acclaimed is offensive.