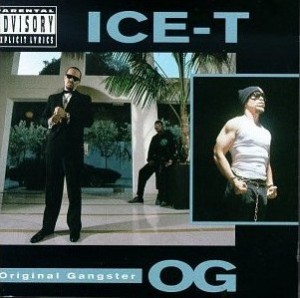 It’s easy to forgive the hilariously 90s sound – which now comes across as a parody of gangster rap – given the context (the 80s had just ended) and the fact that Ice-T was a pioneer for the genre. Musically it’s dated; James Brown samples and rudimentary turntablism sound-bites aren’t quite as impressive in 2016. Lyrically it would be harsh to describe it as simply violence, misogyny, and glorification of crime – uncompromising in attitude and language – because the intellect and skill at delivering lyrical clarity can easily be overlooked; fierce political commentary and, for me, portaying the futility of gangsterism and poignancy of his position in society (often relating to issues of black power).

Ice perhaps laid down a blueprint for gangster rappers using the genre as a vehicle; these records chronicling their roots and their lives, cutting straight to the source of frustration and disabling any ambiguity for the listener to guess what they’re angry about. My knowledge of the genre actually isn’t that bad, not enough to fail to make a comment about how this album compares anyway. You can’t ignore how much of a classic this one is; Ice-T’s raps are smooth yet brutal; dark and hilarious. And impressively consistent over the huge 24 track, 72 minute record.