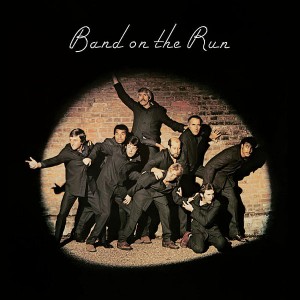 Probably the most frustrating album I’ve listened to so far. On the one hand there are some really well written melodies and sections of song that give you a glimmer of a hope. This riff is awesome, let’s see where it goes. But then invariably the song opens up and reveals itself for the drippy nothingness that it is. It’s 1973, where we saw releases of the likes of Pink Floyd’s Dark Side of the Moon and The Who’s Quadrophenia, it’s difficult then to appreciate this album as anything other than a bag of missed opportunities.

“Helen Wheels” is the track where my anger peaked, and is the point in the album where I realised all is lost, we were agonisingly close but there’s no time for a recovery now. It perfectly summarises the album; the first 5 seconds opens the track with a bluesy leading riff which builds a sense of anticipation and sets a particular tone, only to then get destroyed when the verse comes in with some generic, strummy pop jingle. Similarly, but to a lesser extent, “Mrs. Vandebilt” opens with a dense bass riff and drum beat which gets you pumped for something that’s never delivered. It’s almost comical (and massively unsatisfying) how such a good songwriter can produce glimpses of absolute brilliance and yet still end up with something that’s only slightly above average.

I get that Paul’s a great songwriter and these are great songs if you’re a Paul McCartney fan, I suppose, but I came away a little disappointed that there was nothing here to challenge my predisposition, nothing which could forestall the big “Meh” that pops into my head whenever I hear his name. Apparently this is Paul McCartney’s most critically acclaimed album post-Beatles which leaves me a little worried about potential future encounters of his other solo stuff. Checks list, nope, we’re all good. I just have to be careful to ward off any preconceptions this might conjure before the onslaught of Beatles that’s yet to come.