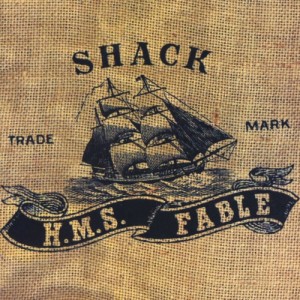 I was ready to write this one off after just the first half of the album. I couldn’t shake the image of the sort of person who might try to convince you that Oasis are the best band ever. That proved to be rash and hastily unfair though because after a couple more plays of the album, and paying distinctly more heed to its second half, it really started to grow on me. It’s not my fault, obviously; this album massively suffers from some sort of quality bipolar.

It’s quite a shame that they decided to go with that sound for the album’s initial tracks – which would make untimely appearances at random moments later on in the album – because by far and away the best tracks on H.M.S Fable are those which have a different sound entirely. “Captain’s Table”, “Daniella”, and the best track of the album “Streets of Kenny” have a more sombre and folky feel – there’s something emotionally stirring and somewhat charming about the music coupled with the Liverpudlian accented vocals – which is in such contrast to the tinny acoustics, ringing chorus-electrics Brit-pop sound that plagues the rest of the album. Such are the differences in sound and quality that it’s almost as if these groups of songs are of two different bands.

Far be it from me to appear to suggest that any positives might come out of disastrous and destructive drug addiction, but it’s definitely the case on this album that its best tracks seem to be inspired by the emotional carnage that must entail (as interpreted from the lyrics, I’m not just making an assumption of drug abuse). But I can’t say that the mentioned tracks fully salvaged the album for me; it’s still too heavily tainted by a musical style I find difficult to enjoy.