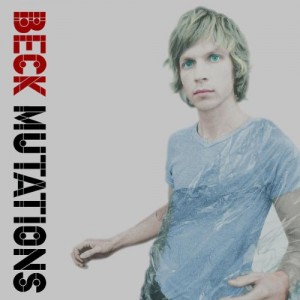 This one is a puzzler. On first listen I thought I must have made a mistake, perhaps I began listening to the wrong record. There’s no way such n dull collection of washy acoustic trite could be held in such high regard, I thought. But I did have the correct album and after the second play-through I’m still as perplexed. The songwriting feels limited and tame, offering absolutely nothing novel or engaging; a thoroughly stale recording. Emotional but without passion, diverse but not imaginative.

The album starts of with some sloppy singer-songwriter stuff complete with harmonica solo. “Cold Brains” sounds like the song version of one of those algorithms that render an image of what the average face looks like in a pool of people. Only the pool in this case is insipid, dreary pop-rock tracks. Things start looking up with “Nobody’s Fault But My Own” which comes on like a Neil Young track. Droning sitars are used to create an uneasy atmosphere as Beck sings forlornly about some shit I don’t care about, the main thing to get appropriately mildly excited about is the influence of Nigel Godrich (Radiohead’s OK Computer producer).

The rest of the album awkwardly and uninterestingly blends genres of blues, country, and folk with a very shallow psychedelic twist; a redundant and tiring display of versatility if that’s what it’s supposed to be. I couldn’t wait to not listen to this painfully boring record any longer and I have no desire to further articulate why, I’m just glad it’s over.

One thought on “Stop codon”