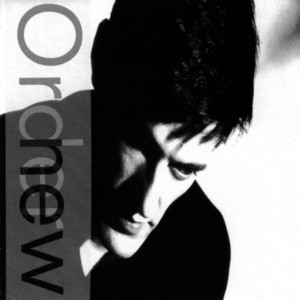 Another first for me in listening to an entire New Order album. In fact I’m sure this is the first time I’ve listened to a synthpop album all the way through. Previous encounters with the genre were limited to listening to the classics most likely at parties as part of some sort of weird nostalgic experiment which almost becomes ritual at any student house party. (weird in the way that none of my friends were even alive when the likes of New Order were at their peak)

So I was anticipating an album of obsolescence. A genre based on the overuse of 80s music technology surely would just sound silly and irrelevant today. As far as I could tell though this only applied to the one track, “Face Up”, which comes across as a bizarre attempt to lighten the mood at the end of the album – why? The main appeal for me is the gloomy, sinister, almost threatening depressive mood of the album which seems to exist alongside the skipping synths, handclap/snare drum beats, and rock rhythm guitar work which gives it all a bit more of a synth-rock fusion feel rather than all-out synthpop.

The highlight for me is “Sunrise” which perfectly captures the essence of the album. The lyrics are of despair and abandonment by his God who has apparently neglected him; “I’ve been waiting to hear your voice for too long now, One way conversations do not work somehow”. The dejected lyrical verses are followed by blissful, uplifting instrumental sections – spirited guitar riffs and powerful, sustained chorus synths – like sunshine breaking through on an overcast day. Majestic and almost biblical. The following all-instrumental track “Elegia” is almost as evocative, creating a brilliant two song combo. Great album.

One thought on “Synthesis accession”