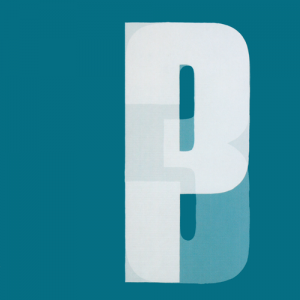 It’s hard to appreciate musical creativity when it’s drenched in such misery. I think it poses somewhat of a dilemma for a lot of people as it appeals to a different kind of enjoyment, an almost unwanted gratification. Third plays out like the soundtrack to a post-apocalyptic dystopia. The mechanical percussion, odd rhythmic structures, use of breakbeats, and off-key, wailing synthesisers sum to a krautrock (ugh) styled feeling of stoic minimalism.

Once you get over the nauseating and unresolving musical style it becomes somewhat accessible, sort of, though I get the feeling it was never intended to be conventionally enjoyed. I think the vocals bring it to another level of melancholy fun; Beth Gibbons croaks and wails with complete emotional torment. She spells it out for us in “Magic Doors”: “I’m just emotionally undone”. Dude, we know. In the middle of the album sits “Deep Water”, totally juxtaposed with the rest of the album with its cute ukulele happiness, immediately followed, brutally, by “Machine Gun” which sounds like it was made for a Terminator movie; doom and hopelessness emotionally trumping anything positive you may have just felt. Portishead bully an almost totalitarian command of your emotions – at least for 47 minutes – it’s brilliant.

This is an album you put on for a purpose, to scratch a very particular itch. I don’t even know what inspired Portishead – there are elements of synthpop, trip-hop, and dark electronica – it’s hard to tell exactly what’s going on at times with all its layers and unnatural construction. It must be done with such competence though because it just sounds so undeniably cool.