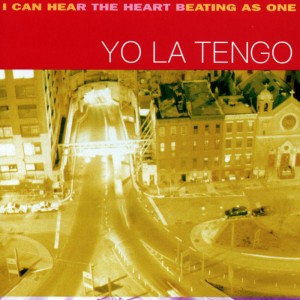 I usually do my daily listens on headphones after sort of sequestering myself in my bedroom for a couple of hours, but I had this one playing aloud on our not-so-modest audio set-up which gave the opportunity for my flatmate to offer the observation of it sounding like Blur or Gorillaz. Later – after a couple more listens (back in the sweet isolation afforded by bedroom-headphone-mode) – I discovered that Beating As One is actually quite a triumph of many genres, all of which are intrinsic of lo-fi indie. The guitar-based, whispered vocals style of the album just about avoids accusations of being repetitive because of how well it subtly switches moods and rhythms, and it’s a great album because of that. It’s a collection of indierock, electronica tracks that create a subdued mood which I think can work to conceal how brilliantly made it really is. I rarely find myself needing an album that sounds like this; I’m seldom in the mood for it, but for someone (probably many actually) this is a classic.